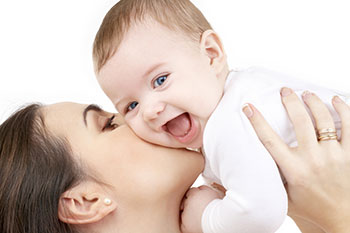 (LifeSiteNews) – Former speaker of the house Nancy Pelosi is a walking contradiction in terms on so many levels. But for my purposes, it would be best to concentrate on her self-identification as a Catholic coupled with her lack of comprehension on matters related to respect for the sanctity of every human being from conception to death.

CNA/EWTN News).- Pro-life advocates lauded a federal government proposal that aims to remove Title X funding from programs and facilities that promote and perform abortions. “For too long, Title X has been used to subsidize the abortion industry. We need to draw a bright line between what happens before a pregnancy begins and what happens after a child has been created,” said Cardinal Timothy Dolan, chair of the U.S. bishops’ pro-life committee.

What to say when abortion comes up when you least expect it! Join Shawn An estimated 15,000 people attended the Canadian March for Life on Thursday in Ottawa.

What Do I Say When …

What to say when abortion comes up when you least expect it! Join Shawn Carney, Steve Karlen and Robert Colquhoun as they cover that … along with how to say it, and what free resources are available to you when the topic of abortion comes up at work or at the dinner table.

March 13, 2018 (C-Fam) – President Trump announced this morning that Rex Tillerson is out as U.S. Secretary of State and will be replaced by former Kansas Congressman Mike Pompeo who serves currently as Director of Central Intelligence.

This will be considered good news by pro-life and pro-family advocates since Pompeo has a lengthy record in support of a right to life and in opposition to the homosexual agenda.

February 28, 2018, The Indiana House today approved by a 67-26 vote a multi-faceted bill requiring the reporting of abortion complications that injure women while creating tougher requirements for abortion businesses applying for licensing in Indiana. The bill also sets the stage for expansion of safe haven baby boxes at fire stations in Indiana to help save newborn babies at risk of abandonment.

The 7th Circuit Court of Appeals is scheduled to hear arguments Thursday about whether women should be allowed to discriminate against their own children’s race or disability via abortion.

The abortion giant Planned Parenthood and the ACLU are challenging an Indiana state law that prohibits abortions based solely on an unborn baby’s sex, race or disability such as Down syndrome.

In September, a federal judge appointed by President Barack Obama blocked the law. However, the state appealed to the 7th Circuit Court.

The Indiana Lawyer reports disability rights advocates and biomedical ethicists have filed amici curiae, or friend-of-the-court, briefs in support of Planned Parenthood. What the report failed to note was that a coalition of disability rights groups, biomedical ethicists and a women’s advocacy group also filed a filed a friend-of-the-court brief in support of the state law.

President Donald Trump has proposed a fiscal year 2019 budget in which taxpayer dollars would be directed away from the Planned Parenthood abortion business.

Since becoming president, President Trump has taken multiple actions to defund the nation’s biggest abortion company. On his third day in office he reinstated a pro-life policy that revoked tens of millions of dollars from International Planned Parenthood. President Trump has also signed legislation that would help states defund the Planned Parenthood abortion company as well.

418 Abortion Clinic Workers Have Left Their Jobs in Recent Years

Abortion is more than a hot-button issue. It’s an emotionally charged roller coaster. Most everyone has a view on it, and some people devote their lives to one side or the other. But that passion can be misdirected and misused, to the point of pushing people in the opposite direction.

Rewire recently posted a short documentary entitled “Care in Chaos” about the disruption outside of abortion facilities in Charlotte, N.C., and Fargo, N.D. The film followed Calla Hales, the young administrator of the abortion clinic in Charlotte, as she tried to get answers from the local government on sound ordinances. Protestors outside her clinic set up loudspeakers daily that created an atmosphere of confusion and chaos.

Planned Parenthood CEO who oversaw 3.5 million abortions to step down

Pro-life faculty at the University of Notre Dame published an open letter last week criticizing the university for continuing to supply staff and students with what they say is "contraceptive and abortifacient coverage." The faculty raised concern that "daughters of all ages are automatically enrolled in the contraceptive and abortifacient coverage, and that parents cannot close the accounts."

Which Catholics oppose abortion? A closer look at the data

The Behind the Scenes Story of Roe v. Wade You Never Knew: The Judges Responsible for Abortion on Demand

As we reflect back today on Roe v. Wade’s and Doe v. Bolton‘s 45 year reign, it’s helpful to both veterans and newcomers to our Movement to talk about what took place the year and a half from the time the Supreme Court first agreed to hear the abortion cases until they were actually decided. It was by no means a straightforward journey that culminated on January 22, 1973, with Justice Harry Blackmun delivering a decision that, initially, he furiously tried to convince himself and others was “modest.”

They came from across the country and the globe to Washington, DC. for one purpose: to stand in solidarity with unborn children.  With a quite a few groups donned in matching hats and scarves – quickly rendered unnecessary due to the unseasonably warm January day – and clutching some innovative signs, the 45th annual March for Life went off without a hitch Jan. 19. While the rally made history as President Donald Trump became the first sitting president to address the march via livestream video, the individual marchers to whom Catholic News Agency spoke over the course of the day were more concerned with the need to protect the unborn and to promote the dignity of life.

US President Donald Trump has proclaimed that Jan. 22, the anniversary of the Roe v. Wade Supreme Court decision which legalized abortion nationwide, is being observed as National Sanctity of Human Life Day. “Today, we focus our attention on the love and protection each person, born and unborn, deserves regardless of disability, gender, appearance, or ethnicity,” began the president’s proclamation issued Jan. 19, the same day he spoke to March for Life participants via live video.

The bill to ban abortions after 20 weeks of pregnancy will get a vote in the Senate this month, as America mourns 45 years of virtually unlimited abortions under Roe v. Wade. The House has already approved the legislation but Democrats are expected to filibuster the bill in the Senate, requiring it to get 60 votes to move forward.  Sign the petition today!

A new website is keeping count of every unborn baby’s life lost to abortion this year, allowing people to watch the deadly impact of abortion on the world.

As of Thursday morning, the Worldometer abortion counter reported more than 1.29 million unborn babies died in abortions so far this year. People can watch in real time as the total grows.

The Little Sisters of the Poor are back in court again fighting against pro-abortion politicians who want to force the nuns to pay for birth.

State Sen. Michelle Fischbach (R-Paynesville) is now the acting lieutenant governor of Minnesota—one heartbeat away from the governor’s office.

How an abortion clinic became a medical center for the poor

Three years ago, a medical office in Manassas, Virginia was one of the area’s largest abortion clinics. Today, it is a free medical clinic for the poor, dedicated to the Blessed Virgin Mary.

400 babies have been saved by abortion pill reversal, including Giselle

By the time Giselle entered the world in early December, she arrived fully equipped with her own protective detail of three older brothers. They’re old enough to know their sister is a precious addition to their family, but they’re years away from understanding just how priceless she is. What Giselle’s brothers will learn in time was that their mother, Samantha, was left high and dry by Giselle’s father and turned to a chemical abortion pill as what she felt was her only way forward.

The pro-life group Operation Rescue has named President Donald Trump as their 2017 “pro-life person of the year.” The Malachi Award is given by Operation Rescue every year to recognize individuals who sacrificially work to advance the cause of protecting the pre-born.